Who Am I (Sim Simma)

Who Am I (Sim Simma) lyrics with English Translations

[Intro] Yes nyah! (Yes friend!) Cool nuh, Iyah (Say no more, brother) Hahaha Who am I? It's the girls dem sugar (It's the girls sugar) Alright Hear yah nuh (Hear now)
[Chorus] Sim Simma, Who got the keys to my Bimma? Who am I, Di girls dem suga (The girls sugar) How can I, make love to a fellow? In a rush, Pass mi di keys to mi truck (Pass me the keys to my truck) Who am I, Di girls dem luck (The girls luck) And I and I will make love to precious (And I will make love to precious)
[Verse 1] Yuh eva buck a gyal weh deep like a bucket? (You ever met a girl that's deep like a bucket?) Draw fi yuh needle, and yuh needle can't stitch it (Go for your needle, and your needle can’t stitch it) Draw fi yuh axe, and like a cow, yuh all a chop it (Go for yuh axe, and like a cow, you’re even chopping it) Draw fi yuh pickaxe, and like a ground, you all a dig it (Go for your pickaxe, and like a ground, you even digging it) It's like a riverside, upon di banking yuh tek it (It's like a riverside, upon the banking you take it) It's like a bicycle, suh yuh hold it, and dash it (It's like a bicycle, so you hold it, and dash it) Now yuh wash it, suh yuh crash it, (Now you wash it, so you crash it) Shi a tell yuh seh, "Yuh crabbit!" (She’s telling you that, “You’re grumpy!”) Gyal, she a beg you and a bawl say fi, "stop it" (Girl, she begging you and crying saying “stop it”) Badman plug in and mi a move off a electric (Gangster plug in and I’m moving off an electric) It's like a basketball, Shi tek time-out fi vomit (She take time-out to vomit) Unuh listen to mi style, and unuh fi listen to mi lyrics (Y’all listen to my style, and y’all should listen to my lyrics) A Beenie Man deh yah, mi a drop it (a say!) (It’s Beenie Man here, I’m dropping it (I say!))
(Repeat Chorus)

[Verse 3] Because! I tell myself I don't want nobody else to ever love me You are my guiding star, my shining light, I love you baby But that day you leave and you gone I know that girls they're going crazy I know the girls lump sum, all a dem run come (I know the girls lump sum, all of them running come) Caah di wull a dem waan dis baby (Cause all of them want this baby) I told you once and I told you twice Dat I am di girls dem sugar (That I am the girls sugar) Now di girls dem attack mi (Now the girls attack me) And di girls dem a rush mi (And the girls rushing me) Because dem a drive in a Bimma (Because they are driving in a Bimma) A di girls dem flava (It’s the girls flavour) I am no slava I am the helpa (I am no slaver I am the helper) No paper an’ a girl just watch (No paper and a girl just watch) A want unuh hear yah an’ listen weh di DJ a seh (I want y’all hear here and listen what the DJ saying)
(Repeat Chorus)

Beenie Man's lyrics are copyright by their rightful owner(s) and Reggae Translate in no way takes copyright or claims the lyrics belong to us. "Who Am I (Sim Simma)" lyrics is provided for educational purposes and personal use only. 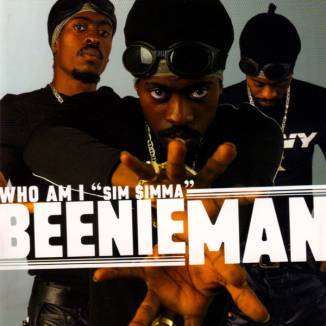