[Intro] Jah Know Star (God Knows) Bye, Bye, Bye ( a wah gwaan) (Bye, Bye, Bye, what’s going on) Dem same one seh dem a yuh friends too (Those same ones say they’re your friends) Mek mi tell you dis p**sy (Let me tell you this p**sy) I don’t remember you, and I don’t I intend to F**k off

[Verse 1: Mavado] Yeah! Sell mi out fi the sugar fi sweeten dem tea (Sold me out for sugar to sweeten their tea) And dem waan mi memba dem (And they want me to remember them) Dem suck the sour grape it a edge them teeth (They sucked the sour grape, it’s edging their teeth) Now we can't be friends again Bad Gully, Vendetta set trends again Dem sell out a vendor dem (They sold out, they’re vendors) The p**sy dem want yuh dead fi yuh things (The p**sy want you to die, so they can get your things) Out a hundred percent, 1/10th a friend (Out of a hundred percent, 1/10th of a friend)

[Verse 3: Alkaline] Mi still, act surprised when mi see yuh (I’m still acting surprise when I see you) Think yuh dead youth (Thought you were dead) And a wonder weh mi know yuh from mi still a medz yute (And I’m wondering where I knew you from, I’m still meditating) Mi a nuh yuh bredda, yuh madda nuh have a next yute (I’m not your brother, your mother doesn’t have a next youth) And mi know yuh wish yuh a did a me thats why you vex yute (And I know you wish you were me, that’s the reason why you’re vexed) Nah follow them up fi ketch nuh felony (Not following them to catch felonies) Dem will do anything fi see the end of me (They’ll do anything to see the end of me) Fada nuh mek dem drain yuh energy (Father, don’t make them waste your energy) P**sy dem a chat like dem nuh memba who the quenger be (The pusssies are talking as if they don’t remember who the killer is)

[Verse 4: Mavado] Dem seh friends fi real weh dem do (They said real friends, what did they do) Stop tax me like a Andrew (Stop taxing me like Andrew) Come out mi head nuh Dandruff (Come out my head dandruff) Yuh friendship need fi undo (Your friendship needs to be undone) Spin mi roll mi light a candle (Spun my roll, I’m lighting a candle) Give yuh heart them want yuh hands too (Gave your heart, they want your hands too) Fake friendship hard fi handle (Fake friendships are hard to handle) Dem nuh sing and want yuh fans too (They don’t sing yet they want your fans too) F**k unuh (F**k all of you)


Alkaline's lyrics are copyright by their rightful owner(s) and Reggae Translate in no way takes copyright or claims the lyrics belong to us. "Farewell" lyrics is provided for educational purposes and personal use only. 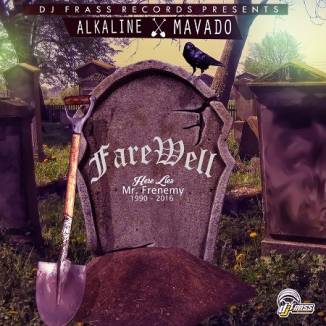