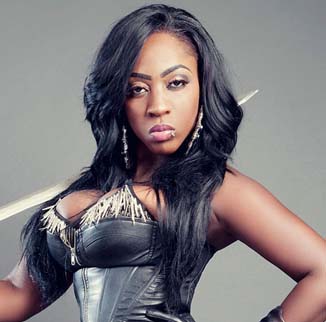 In 2008, Spice toured Europe with Cham and Pinchers as part of the Madhouse Tour. Later that year, she toured Guyana for a show with dancehall artist Vybz Kartel. After returning to Jamaica, the two decided to do several collaborations together, including "Romping Shop" which samples "Miss Independent" by Ne-Yo.