[Verse 1] Koffee hawtin’ up di temperature, fi dem see (Koffee is hotting up the temperature,for them to see) Mi know dem envy but friend mi fi end mi (I know they are envy but befriend me to end me) Yow a first mi see people deh round me so plenty (Yo, it’s the first I’ve seen people around me this plenty) But mi pocket nuh empty, mi need space, oh Lord, yeah, me (But my pocket isn’t empty, I need space, oh Lord, yeah, me) See dem a watch mi through a crack now (Saw them watching me through a crack now) A mussi true me have di ting pon lock down (Maybe it’s because I have the thing on lock down) Sitting ina di Bentley, pickiny a di century (Sitting in the Bentley, children of the century) Yuh drench mi but fi mi fiyah gon blaze (You’ve drenched me but my fire going to blaze) An’ a same way suh mi see di enemy a protest (Oh) (And that’s the same way how I see the enemies protesting) And him couldn't come di closest (No) (And he couldn’t have came the closest ) A Koffee still a do the mostest (It’s Koffee whom is still doing the most) A wah me do put in the work and trust di process (What did I do, Put in the work and trusted the process) Oh yes, a so wi grind right now (Oh yes,that’s how we grind right now ) Koffee wid di, Koffee wid di prime time flow (Koffee) Time fi we accumulate di coins I know (Time for us to accumulate the coins I know) And me seh Jah gimme di, Jah gimme di signs like woah (And I said Jah gave me the, Jah gave the sings like woah)

[Verse 2] Tell dem Jah gimme no limit, no (Tell them Jah gave me no limit, no) Dem seh Koffee but you a whole midget, grow (They said Koffee but you are a whole midget, grow) But wen mi spit lyrics mi doh fidget wid it, sho' did it (But when I spit lyrics, I don’t fidget with it, show did it ) Gold wid it like mi gold dig it, pro (Gold with it like I’ve gold digged it, pro) Mi find di medi (I found the medi) Been a tell yuh from mi was a child, mi ready (Been telling you from I was a child, I’m ready) Di God weh mi serve mi seh him timely yuh si (The God that I’m serving I said he is timely,) Mi highly bless and yuh cya spoil mi medi (I’m highly blessed and you can't spoil my meditation ) Yuh cyaah pile mi, Messi (You can't pile me, Messi) Mi too Profound (I'm too Profound) Kill dem wid di verbs and wid di pro-nouns (Kill them with the verbs and with the pronouns) When mi come around lif up di whole town (When I come around and lifts up the whole town) Any weh me show up is a show down (Yo) (Anywhere I show up is a show down) Every African crew a bubble hotta dan stew (Every African crew is bubbling hotter than stew) We still nah buil until the Vatican slew (We're still not building until the Vatican slew) Mi will hold still until di Koffee tun blue (I will hold still until the Koffee turns blue) Tell dem gwaan chill until di Koffee done brew, ooh (Tell them to chill until the Koffee finish brewing, ooh) 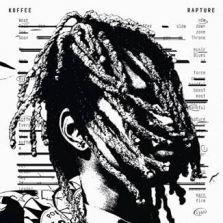 Koffee's lyrics are copyright by their rightful owner(s) and Reggae Translate in no way takes copyright or claims the lyrics belong to us. "Rapture" lyrics is provided for educational purposes and personal use only. 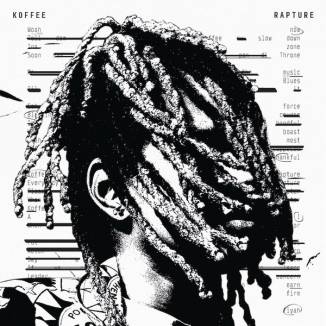